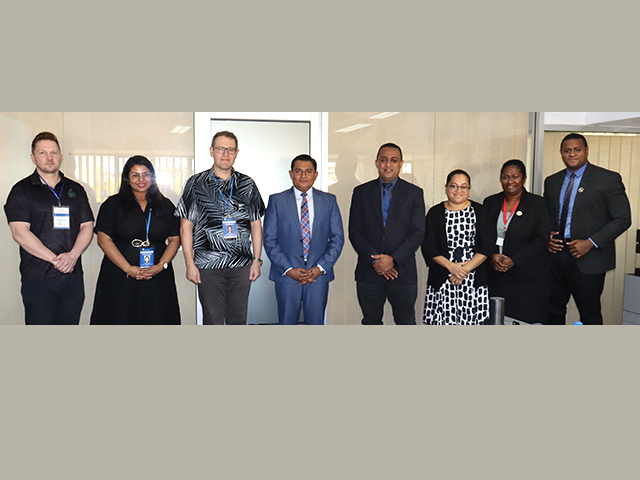 The Observer Coordinator of the Multinational Observer Group (MOG) for the 2022 General Election Mr Paul Wojciechowski and his team met with the FICAC Commissioner Mr Rashmi Aslam at the Commission’s Headquarters on Thursday, 24 November 2022.

The MOG were briefed on the functions of the Commission, its role during the General Election, the various types of complaints received in the past two elections and the actions taken as well as clarified any queries the MOG had for the Commission.

The MOG were also informed about the working partnership the Commission has with the Fiji Police Force in terms of investigating electoral breaches or offences committed prior to the same being referred to the Commission for further investigation and prosecution.