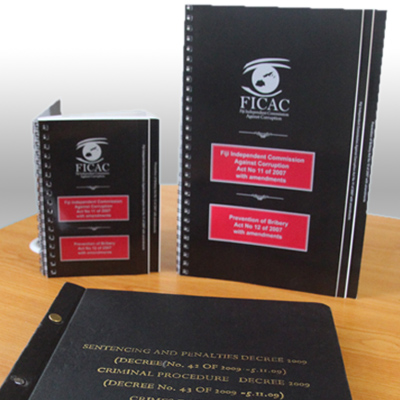 The High Court of the Anti-Corruption Division in Suva this morning has found SODELPA MP Ratu Suliano Matanitobua guilty of corruption.

SODELPA MP Ratu Suliano Matanitobua was charged by the Fiji Independent Commission Against Corruption (FICAC) with a count each of Giving False Information to a Public Servant and Obtaining Financial Advantage.

Ratu Suliano Matanitobua had stated that his permanent place of residence was in Namosi Village, Namosi and as a result obtained a financial advantage amounting to $38,378.22.

During the judgment, His Lordship Honourable Justice Dr. Thushara Kumarage made reference to a quote by the acclaimed jurist Dr. Thomas Fuller quoting “Be you never so high, the law is above you” end quote.

His Lordship Honourable Justice Dr. Thushara Kumarage further stated and quote: “In taking guidance from this rich legal tradition, the Constitution of Fiji of in Section 26 states, as below:

“26. (1) Every person is equal before the law and has the right to equal protection, treatment and benefit of the law.”

Therefore, there is no room for special treatment for a person under our law, regardless of the position you hold or the recognition given to you under the customary tradition of the land. As such, a farmer, or a Paramount Chief of a province needs to be treated equally before the law. Though it was requested by the Parliament from the accused to inform his specific place of Permanent Residence, by the evidence lead in Court it was prove beyond reasonable doubt that the accused had provided false information in this regard to the Parliament” end quote.

The High Court had found that the Prosecution had proven the offences beyond reasonable doubt and that the accused had given false information to a Public Servant and as a result obtained a financial advantage amounting to $38,378.22. terrence.
PreviousNext