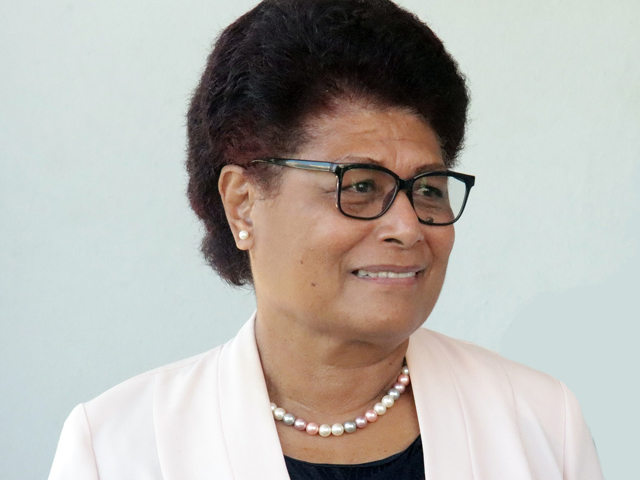 The Anti-Corruption Division of the High Court in Suva today dismissed the application filed by Salote Radrodro through her lawyer on the Motion in Arrest of Judgement.

Salote Radrodro through her lawyer filed a Motion in Arrest of Judgement and an Affidavit in Support of Motion sworn by her on 13 September 2022 pursuant to Section 239 (1), (2) and (3) of the Criminal Procedure Act 2009 alleging that the Anti-Corruption Division of the High Court has no power to try the information she was charged with and convict accordingly.

The grounds of the application for the Motion in Arrest of Judgement are as follows: i. The accused person as a member of Parliament is immune from legal proceedings pursuant to the Parliamentary Powers and Privileges Act 1985; and ii. Both offences in the information are summary offences triable in the Magistrates Court Anti-Corruption Division pursuant to Section 4 (1)(c) of the Criminal Procedure Act 2009.

During the ruling, Honourable Justice Dr. Thushara Kumarage stated “As this Court sees, the expectation from this Court by the information filed is to determine whether a crime has been committed under the Crimes Act of 2009 by a Parliamentarian in providing false information to the Secretary General of Parliament and whether thereby, Salote Vuibureta Radrodro squandered ordinary taxpayers’ money of this country. In any event, if a crime has been committed by a Parliamentarian or a farmer, as per the basic principles of Rule of Law, the same law should apply. There is no special law to determine the criminality of conduct of Parliamentarians in any jurisdiction.”

Honourable Justice Dr. Kumarage further stated “this Court perceives that this application has been filed by the Defense without any plausible and cogent legal arguments at the last stage of trial to prorogue the final step in the substantive matter pending in this Court. As a consequence, acting under Section 150 (4)(b) of the Criminal Procedure Act of 2009, this Court imposes a cost of $2,500.00 against the Applicant (Accused) in this matter”.