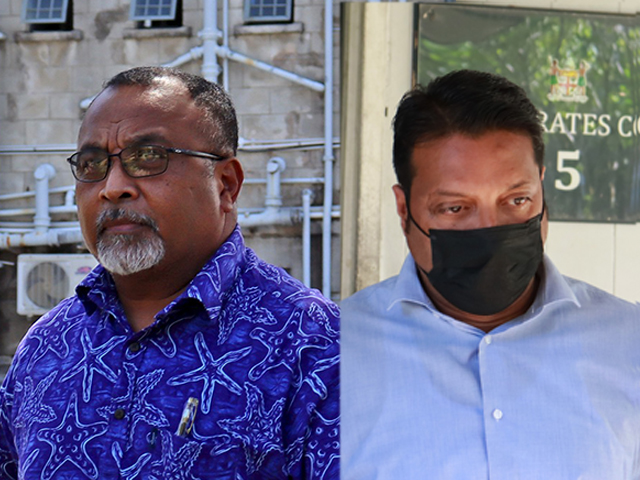 The Secretary General – Ambassador and the Director Corporate Services of the Pacific Islands Development Forum (PIDF) was produced at the Suva Magistrates Court of the Anti-Corruption Division this afternoon on corruption related offences.

Umesh Prasad is jointly charged with Solo Mara with one (1) count of Aiding and Abetting – Obtaining A Gain.

It is alleged that between 1 June 2020 to 31 October 2021, Solo Mara had used Pacific Island Development Forum (PIDF) funds in the sum of FJD $7,512.00, to install four (4) solar powered air condition units at his personal residence.

Furthermore, it is alleged that Umesh Prasad had aided and abetted Solo Mara to commit the offence with the intention of dishonestly obtaining a gain by using PIDF funds by installing four (4) solar powdered air condition units at the SG’s personal residence.

FICAC Senior State Counsel Mr. Sam Savumiramira informed the Court that the first phase of disclosures has been served.

Resident Magistrate Savou questioned on the immunity status of the two accused, to which, the Defence counsel Mr. Devanesh Sharma informed the Court that an application to strike out the case will be filed.

Prosecution Counsel informed the Court that the Minister of Foreign Affairs had given an order to lift the immunity status of the organisation before the Commission proceeded with its investigation.

Resident Magistrate granted a non-cash bail of $1000 for each of the accused and were ordered not to re-offend whilst on bail.

Mara and Prasad were also ordered not to interfere with prosecution witnesses and not to change their residential addresses without first informing the Court.

They are to report to the FICAC Office in Suva on the last Monday of every month.

The travel documents for Umesh Prasad were surrendered to Court and a stop departure was also issued.

The matter has been adjourned to 14 November 2022 for the second phase of disclosures to be filed.