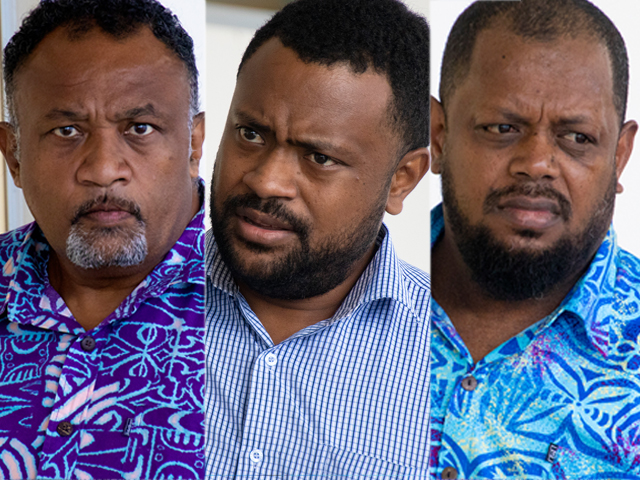 The Fiji Independent Commission Against Corruption (FICAC) charged Eseroma Ravula Kalou, Anare Ratumaiwai and Kelemete Vueti with one (1) count each of General Dishonesty – Obtaining A Gain.

It is alleged that between 01 February 2018 and 31 June 2019, Eseroma Ravula Kalou, Anare Ratumaiwai and Kelemete Vueti with the intention of dishonestly obtaining a gain of FJD$1,500 from private individuals engaged in a conduct of making and issuing Proposed House Plans for these individuals, whilst being employed at Housing Authority.

All three accused were served with the first phase of disclosures and Resident Magistrate Savou granted a non-cash bail of $500 for each of the accused.

Kalou, Ratumaiwai and Vueti were also ordered not to interfere with prosecution witnesses and not to change their residential addresses without first informing the Court.

They are to report to the FICAC Office in Suva once every month commencing from 03 December 2022.

A stop departure order has been issued against all three accused persons, while the matter has been adjourned to 15 November 2022 for further disclosures.