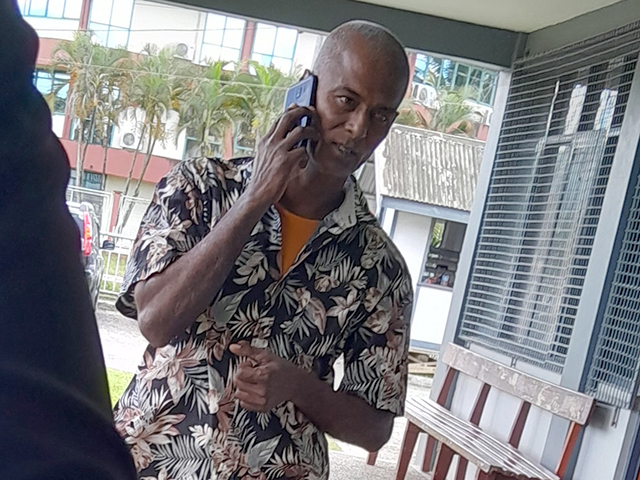 The Fiji Independent Commission Against Corruption (FICAC) has seen from reported cases an increase in the political violence and vandalism particularly targeted towards the FijiFirst Party.

The incidents so far during the 2022 campaign period are more than the incidents reported in the 2014 and 2018 General Elections.

The Commission is working with the Fiji Police Force to ensure a safe environment in which any Independent Candidate, Political Party or Political Candidate can campaign safely and in a lawful manner.

Today, a suspect has been charged by the Fiji Independent Commission Against Corruption (FICAC) for an electoral offence in the Northern Division.

Rajesh Prasad has been charged with one (1) count of Non-Interreference In Campaign under Section 111 (1) of the Electoral Act.

It is alleged that on or about 21 November 2022 in Labasa, Rajesh Prasad hindered the lawful campaign activity of a FijiFirst party candidate, namely Mr Alvick Maharaj, by tearing off both sides of a poster of the FijiFirst party campaign material that was placed on a private property situated in Labasa.

The matter was heard before Resident Magistrate Savou this morning via Skype.

State Counsel Mr Rajiv Pathak informed the Court that the first phase of disclosures has been served.

Resident Magistrate Savou granted a non-cash bail of $500 and ordered Prasad not to re-offend whilst on bail.

Rajesh Prasad was also ordered not to interfere with state witnesses and not to change his residential address without first informing the Court.

Prasad is to report to the FICAC Labasa Office every Friday commencing from 25 November 2022.