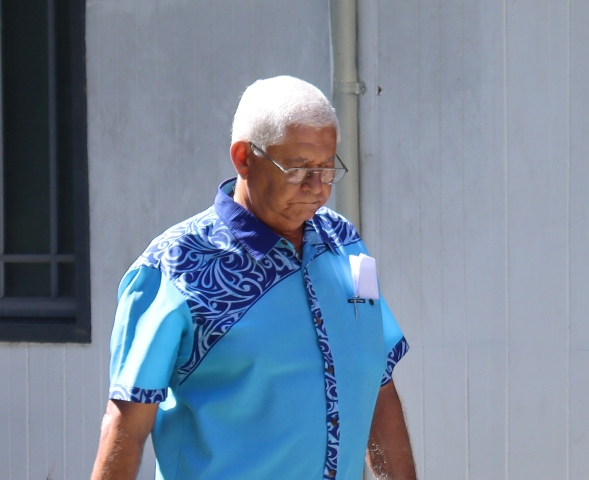 FijiFirst Candidate Alexander O’ Connor has been charged by the Fiji Independent Commission Against Corruption (FICAC) for an election campaign breach and was produced at the Suva Magistrates Court this afternoon.

O’ Connor has been charged with three (3) counts of Prohibition on Use of State Resources to Campaign contrary to Section 113 (4) of the Electoral Act 2014.

It is alleged that on or about 23 November 2022, in the Northern Division, O’ Connor conducted campaign activities and distributed campaign materials bearing the candidate number 252 inside two (2) Health centres and one (1) Nursing Station.

It is alleged that O’ Connor had requested the medical staff to distribute his campaign materials.

Under Section 113 of the Electoral Act 2014, it is unlawful to conduct campaign activities or to post or distribute any campaign material inside a public office.

State Counsel Mr Joseph Work informed the Court that the first phase of disclosures has been served.

Mr Work further informed the Court that since the offence took place in the Northern Division, Prosecution would be making an application in Court to have the matter transferred to the North per suitable dates to the Court.

Resident Magistrates Kiran granted a non-cash bail of $750 and ordered O’ Connor not to re-offend whilst on bail.

Alexander O’ Connor was also ordered not to interfere with state witnesses, not to change his residential address without first informing the Court and to surrender all travel documents.

O’ Connor is to report to the Lautoka Police Station on the last Friday of every month between 8am to 8pm.

A stop departure order has been issued against Alexander O’ Connor.

The Fijian Elections Office received the initial complaint and referred the matter to FICAC under the Electoral Act to conduct investigations and prosecution.

The matter has been adjourned to 17 February 2023 at the Savusavu Magistrates Court.